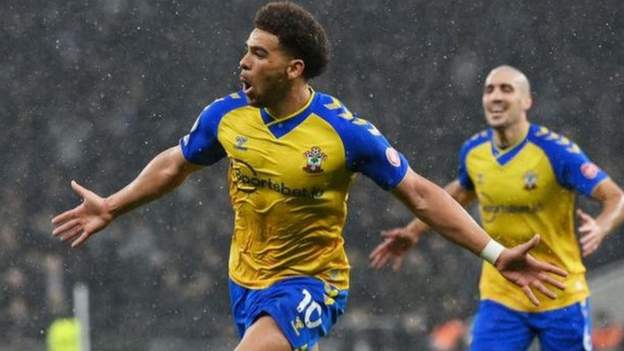 Ralph Hasenhuttl says Southampton produced the best performance of his tenure as they fought back to beat Tottenham and damage the hosts’ bid for a Champions League spot.

Southampton defender Jan Bednarek had earlier turned into his own net to open the scoring when under pressure from Son Heung-min following Pierre-Emile Hojbjerg’s cut-back.

But Armando Broja levelled soon after in what was a dominant first-half performance from the visitors in which Romain Perraud also struck the crossbar.

The hosts had struggled to contain Southampton but improved after the break and Son put them back in front, only for Hasenhuttl’s side to score twice in the final 11 minutes.

Steven Bergwijn thought he had grabbed a dramatic leveller in stoppage time but the substitute had strayed just offside.

“We played fantastic football and deserved to take something,” Hassenhuttl, who joined Southampton in 2018, told Match of the Day after his 500th game as a manager.

“We believed in us and the mentality and character of the team is outrageous, it is fantastic to watch, they are fighting for everything.

“The whole performance was by far the best since I was here.”

Hasenhuttl’s side are on a supposedly tricky run in the Premier League but have now drawn at home with Manchester City and beaten Spurs, with a trip to Manchester United on Saturday still to come.

The Austrian said beforehand “managing the risk gives you the reward”, perhaps suggesting the visitors might set up defensively, but instead they dominated for long spells in north London and could have been out of sight in the first half.

Adams missed the first glorious chance after just three minutes, volleying straight at Lloris from close range, and it was after Bednarek’s own goal Saints really came alive, responding with intent and levelling through Broja five minutes later.

The 20-year-old should have had a second soon after, striding through on goal and dragging his effort comfortably wide after another mix-up in the Spurs defence that frustrated Conte into kicking over the water bottles on the touchline.

Southampton had not won at Tottenham since a 2-1 victory at White Hart Lane in May 2016 and looked to be heading for a sixth successive defeat when Son turned in from Lucas Moura’s cross with 20 minutes to go.

But the best was still to come from the visitors, inspired by captain James Ward-Prowse.

The midfielder whipped a cross towards Elyounoussi and he guided a header into the corner before producing another superb delivery for Adams to nod in the winner.

Spurs’ win against Brighton on Saturday was one of their better performances since Conte’s arrival with Harry Kane, Ben Davies and new signing Dejan Kulusevski the latest of a number of players to say they are finding the hard work under the Italian at Hotspur Way rewarding.

But it was the the hosts who struggled to live with Southampton’s intensity in the first half, with goalkeeper Fraser Forster making a smart stop from Sergio Reguilon when Spurs did string an attack together.

However, Tottenham did open the scoring from another slick move moments later, with Hojbjerg’s low ball turned in by Bednarek with Son poised to pounce, only for Broja to soon level.

Spurs were better after the break, with Reguilon’s deep delivery headed into the ground and over the crossbar by Kane, and seemingly looked in control when Son slotted a composed finish into the corner from Moura’s cross.

That followed the introduction of another new signing in midfielder Rodrigo Bentancur, who showed he could be a useful addition following his arrival from Juventus alongside Kulusevski.

But Conte will surely be furious with what followed from players he has now been working with for three months, as twice his side failed to track runners into the box and found themselves ruthlessly punished by Southampton.

It is the manager’s first home defeat as Spurs boss but a second on the bounce in the Premier League and one that leaves them four points adrift of West Ham in fourth, albeit with three games in hand. 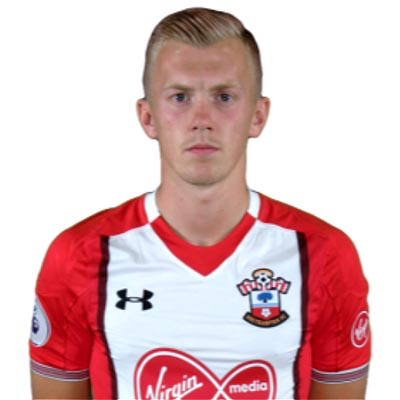