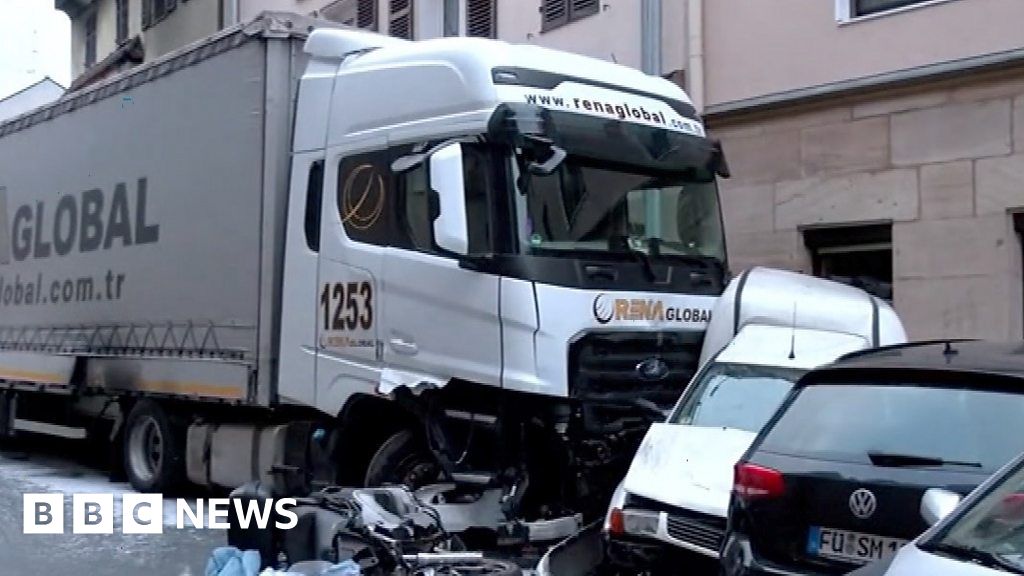 A drunk truck driver in Germany has ploughed into more than 30 cars, setting some of them on fire and damaging a building.

Three people, including the driver, were injured.

Police arrested the driver after the incident on Tuesday night in the Bavarian town of Fuerth. A police spokesman said he “was detained because he is highly intoxicated”.

A local resident said the street looked “like a battlefield”.