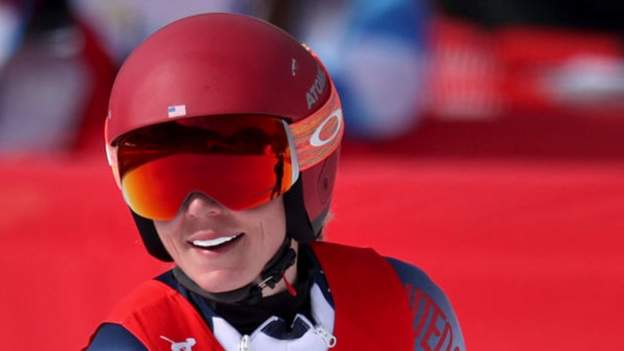 Mikaela Shiffrin’s smile at the finish was as big as if she had won the race.

The American, who skied out of her past two races and at one point cast doubt on whether she would compete any more at Beijing 2022, had made it to the bottom of the women’s super-G.

It did not matter that she finished ninth, this was about much more than that for the pre-Games favourite.

Shiffrin was racing to have ‘fun’

When double Olympic champion Shiffrin sat on the side of the course for a long time after her early slalom exit two days ago and then asked “what’s the point” in racing again if she would crash out at the fifth gate, it had looked like her Games might be over.

But she re-set, issuing a social media post thanking people for their support and saying she was grateful for the opportunity to focus on another race, describing super-G as “fun”.

And she attacked the Yanqing course from the start, looking confident throughout as she crossed the line 0.79 seconds behind champion Gut-Behrami.

The American has said she will not be speaking to media “for the foreseeable future”, having spent a long time answering questions following the slalom and having fought back tears in some of her television interviews.

She arrived in Beijing aiming to compete in all five individual events, with the downhill and alpine combined still to come.