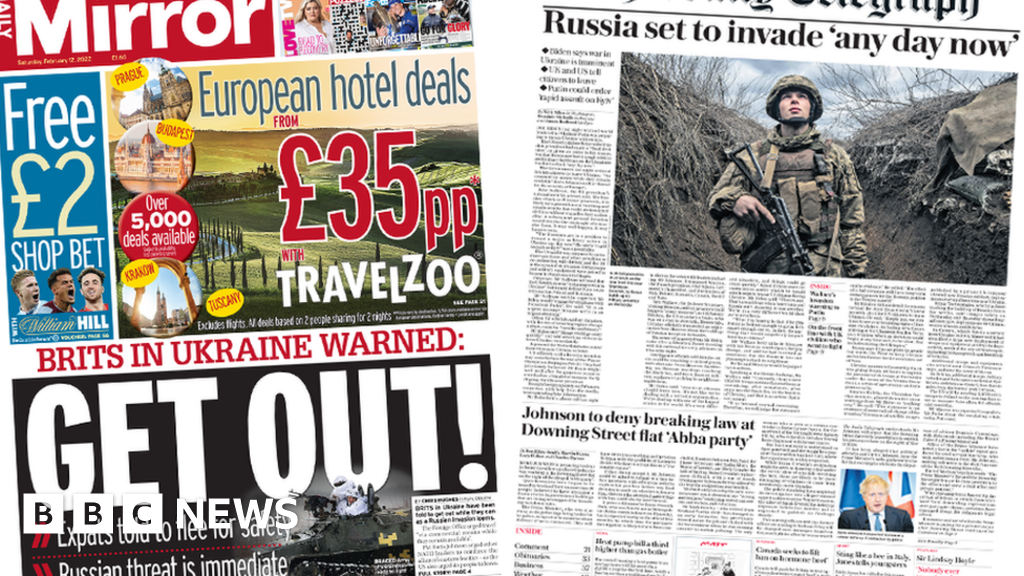 “Russia set to invade ‘any day now’,” is the Daily Telegraph’s headline. Taking up a large portion of the front page is a photo of a Ukrainian marine standing in a trench on the new front line near Shyrokyne, Donetsk. Jake Sullivan, White House national security adviser, said that any Russia attack is likely to start with aerial bombing and missile strikes, which had the potential to kill civilians “without regard to their nationality”. “The Russians are in a position to mount a major military action in Ukraine any day now,” he said. The paper adds that Mr Sullivan said a “rapid assault on Kyiv” was a possibility.