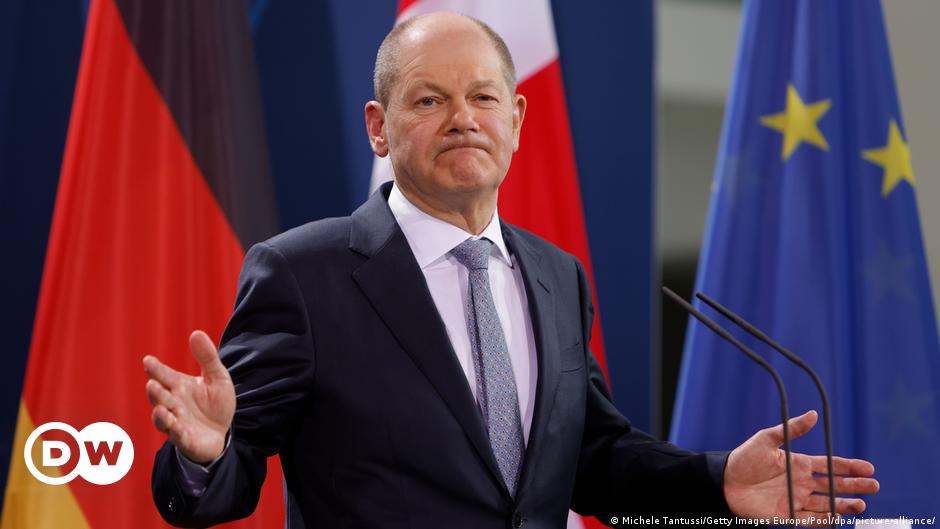 German Chancellor Olaf Scholz was cautiously optimistic on Wednesday that security in Europe would be maintained, despite uncertainty over Russia’s intentions in Ukraine.

Scholz said “much has happened” in reference to a recent flurry of diplomacy that he suggested marked “progress” in the efforts to avoid conflict.

“The task is that we ensure the security in Europe, and I believe that that will be achieved,” he said during a joint press conference with Danish Prime Minister Mette Frederiksen.

Nevertheless, the German chancellor said he was aware that there is still a long way to go in negotiations.

“It is too early to say the problems are solved. They are so serious and will remain for some time yet, so they deserve our attention,” Scholz said.

After a trip to Washington for discussions with US President Joe Biden, the German chancellor will follow in the footsteps of French President Emmanuel Macron by visiting Kyiv and Moscow next week for separate meetings with Ukrainian and Russian leaders.

Scholz said tensions with Russia could be defused by demonstrating a united effort from the West, along with the knowledge punishing sanctions would follow if Russia invaded its neighbor.

“The hope is that through this intensity and through this double strategy of clear unity and announcement of hard sanctions,” conflict can be avoided, Scholz said.

Russia and Ukraine hint at progress

Scholz’s remarks come as both Russia and Ukraine hinted at progress following the West’s recent diplomatic efforts. However, both Moscow and Kyivfh cast doubt over each other’s commitment to peace.

Russia has repeatedly denied any intentions to invade Ukraine. Kyiv has become the center of international politics in recent days, thanks to visits from several leaders, including Macron, and top diplomats, such as German Foreign Minister Annalena Baerbock.

Nevertheless, a sanctions package will remain in place even if the situation eases and will continue to hang over Moscow “like a sword of Damocles,” Kuleba added.

He also said the West’s donations of more than 1,000 tons of ammunition and weapons were having an effect.

“This is not the reaction Russian President Vladimir Putin expected,” Kuleba remarked over the delivery to Ukraine of the armory.

Meanwhile, Kremlin spokesman Dmitry Peskov remained cautious over the recent attempts at mediation from the West.

“There are some positive trends as well as less positive ones,” he said.

Earlier Wednesday, a Russian Foreign Ministry official criticized the United States for suggesting that the Nord Stream 2 pipeline, which would bring gas directly from Russia to Germany via the Baltic Sea, could be ditched as part of possible sanctions.

Moscow’s Deputy Foreign Minister Sergei Ryabkov said the project was being used as “leverage” at Washington’s behest.  “This is, unfortunately, a reflection of the existing realities in Europe and in NATO,” Ryabkov was reported as saying by the Interfax news agency.

Russia has demanded security guarantees from NATO, principally that the military alliance halt its eastward expansion and refuse Ukraine entry. NATO has insisted that nations are free to determine whether they wish to join the alliance.

During Scholz’s visit to the White House earlier this week, Biden said any invasion would spell the end of Nord Stream 2.

But, with much of its natural gas imported from Russia, Berlin remains reluctant to commit to using the pipeline as a bargaining tool.